Never thought it would be such a tough year so many of my buddies, colleagues, pals have passed into the darkness of death ... so sad and me i'm going thru the old person's many ailments like KIDNEY STONES ( believe me they are painful stones ), fractured shoulders, the aches and pains of an active youth .... active middle age - something we all go thru some earlier than others ... but soon we'll be going on another book signing tour, now we're on an Ottawa art thing with our mail art gallery, GOOP gallery - presenting it to the kids since it's such a fun thing to participate in this worldwide art/creative event...

I hear the ROLLING STONES are gonna tour once again this time doing the WHEELchairBOOGIE
Posted by bookshandmade at 1:13 PM No comments:

Well as all very small publishing empires can attest to life may not always be a feather. Well as a mini pubEMPIRE working from a mini outfit with balls and boldness, like many others i'm sure, bookshandmade.com gets printer or publishing problems. With the GD ROBERTS book of HUMAN ANIMAL stories we had lots. Partially from the HP printer partially from the word program on the iMAC - too much learning too too much for weary minds.

Bought a while back a very fast duplex printer from HP hooked up extended ink carts and away we went publishing hundreds of books over several years more or less successfully - put it on several sites and things went ok ( one doesn't make any big or sometime any bucks at all from this type of venture ) then the boom lowered and the last few months it started - no blue or very little blue..

Tried several means to get it going again but the printheads are probably plugged on the blue and regardless of how many times i clean them it's remained very weak and after a few pages peter's out to purple....

so off to Staples bought a new version of the printer, waiting for the ext-ink carts and soon all will be well again for a few years and that's GOOD
Posted by bookshandmade at 11:38 AM No comments:

Been working away on the ROBERTS' book selecting a few of his animal stories that will best represent his huge outpouring of such content. Few Cdn writers can equal his vast contribution to Canada's literary history. This book called HUMAN ANIMALS focussed on his animal stories. He and Ernest Thompson SETON originated stories that treat animals with brains and feelings not unlike ours. Since Roberts was raised in the vast, wild Tantramar marsh of N.B. he aquired a studied and deep knowledge of animal life which he drew upon to write his stories which became enormously popular during his lifetime. As a boy i read most of these stories and many linger in some memory cells so to return to them was a pleasure ... i had forgotten how well written they were, how philosophic and honest they were. Roberts sees nature as it is rather than as many armchair humans imagine it to be.
Posted by bookshandmade at 4:21 AM No comments:

spent a lotta hours yesterday when i tried to get my HP 8000 duplex printer to duplex on me Mac word project tried everything and just had to give up after a few hours 'cause i'm not the only one on line many are having same problem so decided to put my design/writing on Sir Charles GD ROBERTS book back to my Toshiba W7 and without any problems ran off the first 'hard copy' of the draft version of HUMAN ANIMALS (title of book on Roberts' stories ) on cheap paper to get a sense of my design look and not really all that satisfied with it ... decided to design a 8.5x11 landscape format for the book using HELENE's odd and amazing ( no i will not use the word 'awesome' sooo totally a fake word and brutally used flippantly like 'love' ) illustrations making Roberts animal reality stories into a 'alice in wonderland' type of 'look'
Posted by bookshandmade at 4:56 AM No comments: 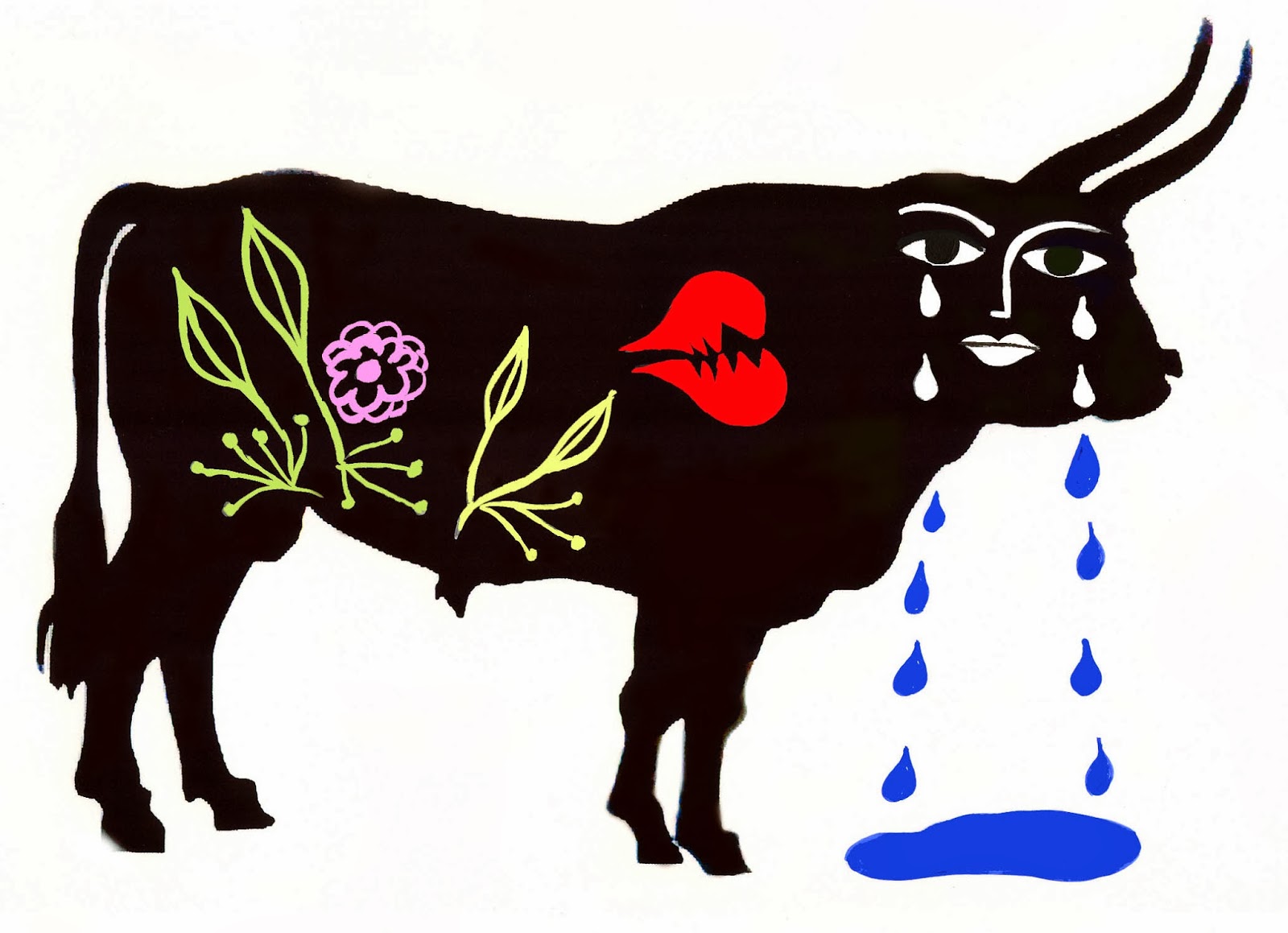 HELENE LACELLE's illustration of the crying oxen creates a totally modern 'look' to the hundred year old animal stories of GD ROBERTS, a NB born and raised writer who 'created' the animal story wherein he treates so called 'wild beasts' as humans i.e. they think and feel and react as we human animals do - along with E.T. SETON he was the first in the world to do so and as a result became world famous for these stories - his first collection of anmal stories sold 80,000 copies in N.A. which considering it was about 100 years ago this was fantastic.
Posted by bookshandmade at 8:43 AM No comments: 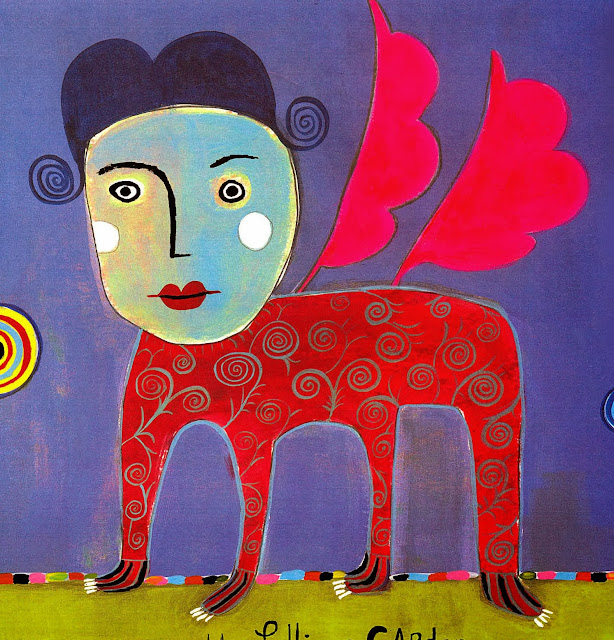 an example of the amazing illustrations that will embellish and modernize ROBERTS' well-written and introspective animal stories that treat animals like we human animals as equals ... almost - certainly he gives them minds, imaginations, thoughts, feelings and importance. Whereas LACELLE's images put them into an Alice in Wonderland' imaginative area of modernity; thus, combining the old and the new... a wonderous thing as Martha might say?
Posted by bookshandmade at 7:16 AM No comments: 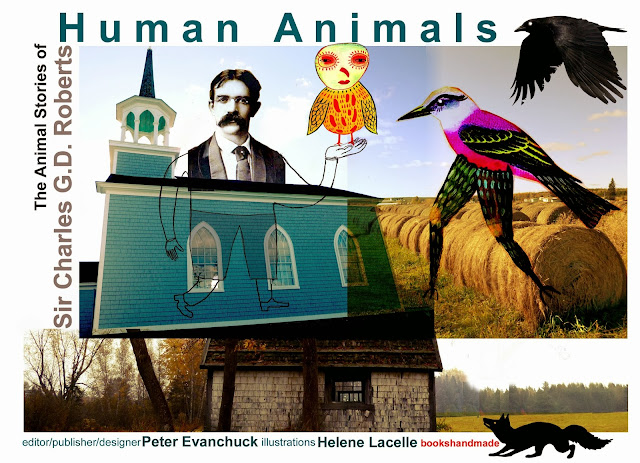 This project was started last year when we travelled documenting his birthplace in Douglas NB to the Tantramar Marsh where his father a clergyman home schooled him and where he infused his life with nature in the surrounding marshlands and his mind with his classical studies - both created in him an amazing sense of how human animals are how spiritual nature can be to Fredericton where he lived on George Street while attending UNB and where his poetic nature and determination would soon make him the 'Father of Canadian Literature' but his animal stories placed him in such popularity among his audience that he became known as the creator of the 'human animal' - animals that are not barbaric but sensitive surviving and thinking like we humans and striving to understand the world in which they lived ...
Posted by bookshandmade at 3:42 PM No comments: