HOwdy Ya'll, well were back at it with THE BABY BAKERY this kid's story by high school student Natania Abebe complimented by the fine illustrations of Joshua Fulmore. Gentle Beau by Helene Lacelle will hit the bookshelves by April1, 2011! Both books will be in distribution shortly.

In making docs, I do not believe in wandering into a scene/story/subject without having gone through it myself for a reasonably long period of time; otherwise, one can be fooled into making something 'not real'. An example of that is my recent project, now 'in the can' called THE DECLINE, FALL and RISE of PAYNE which traces the life of Robert Payne over a period of a couple of winters. I've known ROB for over a decade and have had a long term friendship with him. He's been an actor in my previous fiction films as well as in my theatre pieces. In other words, I've known him through thick and thin, ups and downs so he can't pretend some things that he's not - for all of us who really have experienced our subject, the truth is not only 'out there' but 'in there' i.e. in the doc. ...........(read more)

Posted by bookshandmade at 8:15 AM No comments:


OK we've resolved most of the computer problems; so, i'm designing/laying out/etc. the book containing the work of Natania Abebe's BABY BAKERY - now looking for the ideal paper to print these two books on - a more precise task that one might think since we are a very small publishing empire we have to be into 'smart publishing'. H. is working away on her comic book: GENTLE BEAU ..... slowly but surely these will be out soon before end of month is the plan - but plans are plans... ok all the best to our loyal supporters....

Posted by bookshandmade at 1:24 PM 2 comments:

Yes we have serious computer issues to resolve - so please be patient as we figure out the issues involved and resolve them asap... ahhhhh Computer World can be a pain.

p.s. to our loyal friends/customers/writers please bear with us as we resolve out computer problems and get up and at it soon.
Posted by bookshandmade at 4:57 AM No comments:

THE BABY BAKERY by Natania Abebe 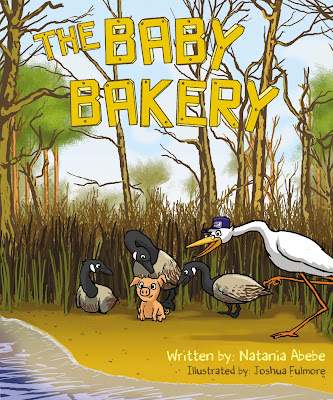 Coming soon from BOOKSHANDMADE a new delightful kids book by Natania Abebe.
Posted by bookshandmade at 5:18 AM No comments:

HELLO good people, Well we were laying low while cancer tests were ongoing - now that's laid to rest and it seems, although i'm living with cancer, it has not spread so we can get back at our publishing empire and movie making... sooooooooo stay tuned we will have several new titles coming out before Spring or at least before Summer - all the best... and best is all
Posted by bookshandmade at 10:37 AM No comments: