THE POETRY OF PAYNE - movie poster - 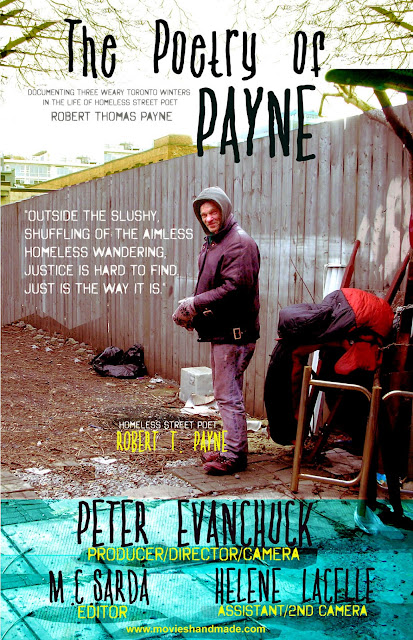 In making docs, I do not believe in wandering into a scene/story/subject without having gone through it myself for a reasonably long period of time; otherwise, one can be fooled into making something 'not real'. An example of that is my recent project, now 'in the can' called THE POETRY OF PAYNE which traces the life of Robert Payne over a period of a couple of winters. I've known ROB for over a decade and have had a long term friendship with him. He's been an actor in my previous fiction films as well as in my theatre pieces. In other words, I've known him through thick and thin, ups and downs so he can't pretend some things that he's not - for all of us who really have experienced our subject, the truth is not only 'out there' but 'in there' i.e. in the doc.


Another problem when making a doc on a homeless person; how do you find him or her? Well I’ve managed and volunteered in various soup kitchens in Toronto so know the scene and the people in that scene. This enables me to wander through it asking the right questions to find ROB. Each time I travel to Toronto to shoot I have to 'search him out' since he does have regular digs called 'the cocoon' a blued tarped 'home sweet' in an alley south of Queen West but he sleeps/rests at very irregular times so I search him out knowing the places he eats and rests which usually proves fruitful but sometimes it takes a day or so to connect with him.

This type of doc also requires the filmmaker to camp out to do what they now call 'urban camping' so to 'get the shot' one wanders through the night and day searching not only for the subject but also for the shot .... one becomes homeless; albeit for a short period of time a few days or a week rather than the 4 years that ROB"s been on the street.


If you want to get old fast go on the streets one year equals ten... ok I'm off to find ROB; he didn't show up where he said he was going to be.... 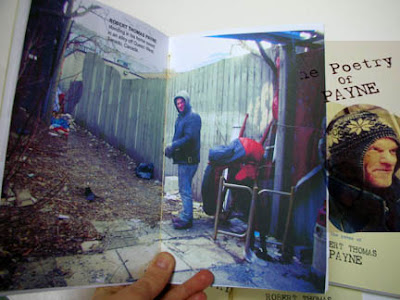 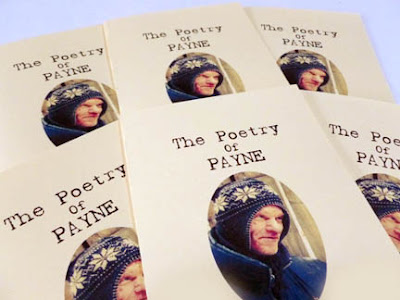 Posted by bookshandmade at 5:25 PM